Alex lived life with pure joy and enthusiasm, an everyday hero to those who knew him. The spirit in which Alex lived life and his selfless dedication to helping others continues to inspire. His beautiful legacy lives on through the ACT Foundation.

Through his daily actions and work, Alex’s goal was to help others – in mind, spirit and body. He conducted individual, group and crisis counseling to students and their families as well as mentoring troubled youth, and dedicated time as an intern counselor at Humanex Academy. Alex had recently graduated from the University of Denver earning a Master’s Degree in Psychology and was in the process of obtaining a degree in Physical therapy at the time of his death.

Alex’s beautiful and purposeful life was cut short on 7/20/12 in an Aurora, Colorado movie theater, gunned down and murdered by a coward. Alex’s final act of heroism was to shield his beloved girlfriend from gunfire that night. Alex was one of 12 killed and 70 wounded. He was only 24 years old.

In addition to being fiercely loyal to family and friends, Alex is fondly remembered for his incredible sense of humor and contagious smile, a huge appetite for diverse culinary quests, a passion for craft beer, and a love for sports and the outdoors. He was a dedicated physical fitness enthusiast, gifted guitarist, and an intense fan of his beloved University of Arizona Wildcats.

Born in New Jersey and raised in Phoenix, AZ. Alex graduated from the University of Arizona in 2010. Alex moved to Colorado to attend the University of Denver and graduated with a master’s degree in psychology in 2012. Alex is survived by his parents, two younger brothers, and his beloved girlfriend. 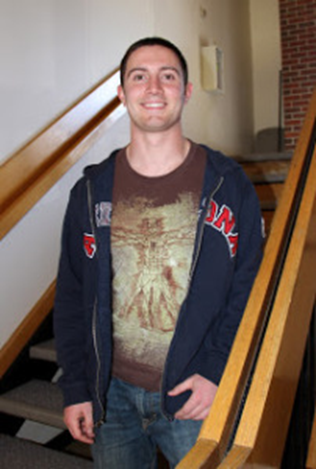